Home » Deal: My Three Decades of Drumming, Dreams, and Drugs with the Grateful Dead
Other

Deal: My Three Decades of Drumming, Dreams, and Drugs with the Grateful Dead 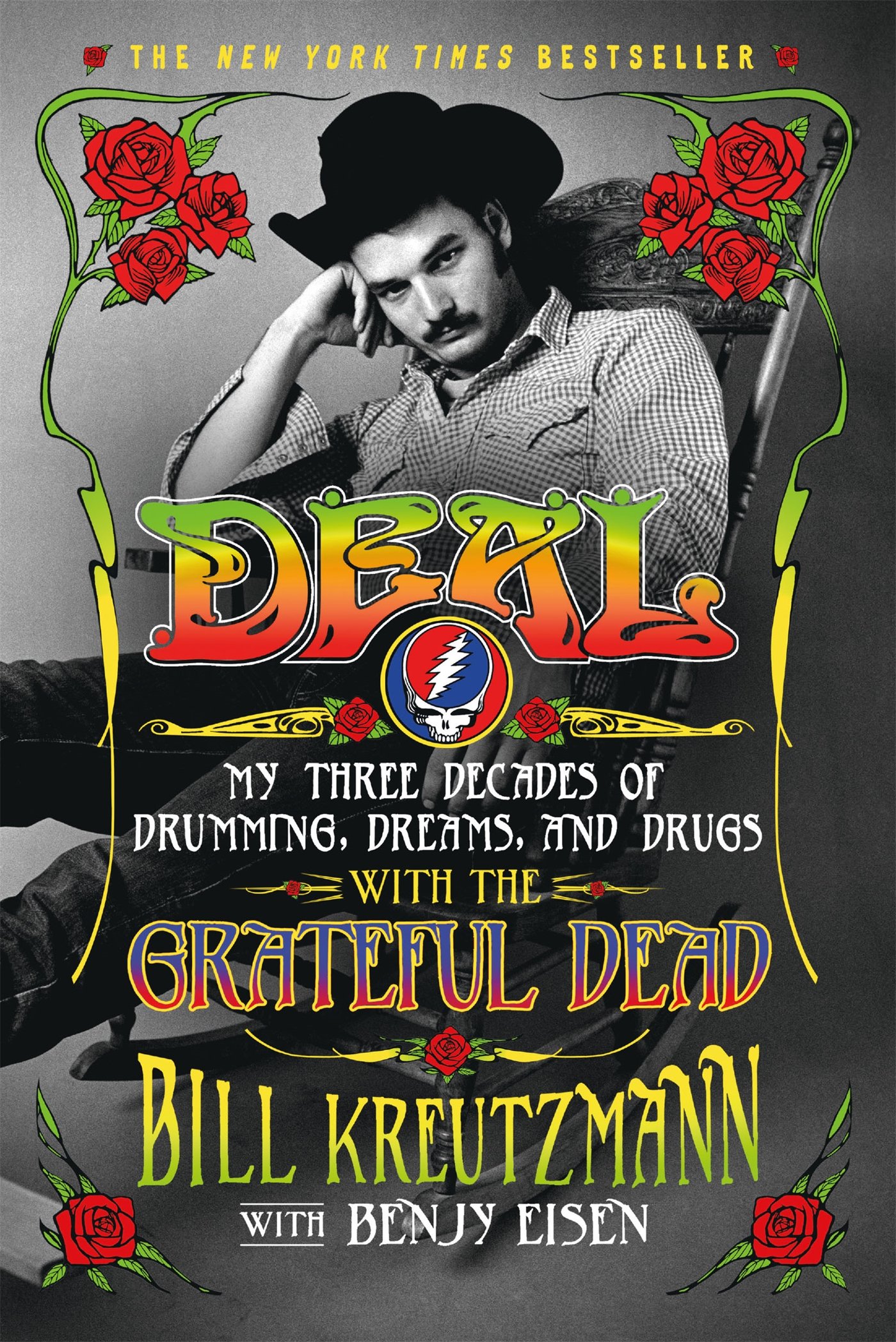 The Grateful Dead are perhaps the most legendary American rock band of all time. For thirty years, beginning in the hippie scene of San Francisco in 1965, they were a musical institution, the original jam band that broke new ground in so many ways. From the music to their live concert sound systems and fan recordings, they were forward-thinking champions of artistic control and outlaw artists who marched to the beat of their own drums.

In Deal, Bill Kreutzmann, one of their founding members and drummer for every one of their over 2,300 concerts has written an unflinching and wild account of playing in the greatest improvisational band of all time. Everything a rock music fan would expect is here, but what sets this apart is Bill’s incredible life of adventure that was at the heart of the Grateful Dead experience. This was a band that knew no limits and Bill lived life to the fullest, pushing the boundaries of drugs, drums and high times, through devastating tragedy and remarkable triumph.

But at this book’s beating heart is the music–theirs and others. Some of the greatest musicians and concerts were a part of the Grateful Dead’s career, from sharing the stage with Janis Joplin, Bob Dylan, and The Who, to playing in the Acid Tests, The Monterey Pop Festival, Woodstock and Altamont. Bill’s life is a chronicle of American music and pop culture history and his epic personal journey is one of sonic discovery and thrilling experiences.

BILL KREUTZMANN co-founded the Grateful Dead in 1965 with his musical cohorts Jerry Garcia, Bob Weir, Ron “Pigpen” McKernan, and Phil Lesh. As the drummer in that band for all 30 years until they disbanded in 1995, he performed more than 2,300 concerts and played on every one of their albums. He continues to play music in various bands including Billy and the Kids. He lives on an organic farm in Hawaii.
BENJY EISEN has written for Rolling Stone, Esquire, Relix and so on. He lives in San Francisco, where he is at work on a novel. Upon completion of Deal, he cut a deal with Kreutzmann and is now his manager.

$34.97
Added to wishlistRemoved from wishlist 0

$8.98
Added to wishlistRemoved from wishlist 0

$15.99
Added to wishlistRemoved from wishlist 0